This year, Pedernales Cellars marks the 25th year since the planting of Kuhlken Vineyards, our family vineyard.  My how time flies! When our parents first planted the Kuhlken Vineyard in 1995 they had no way of envisioning where we’d be today, but they certainly did give us roots that we take pride in even to this day – and into the next generation.

The key to our growth over the years has come with our understanding that no matter how much we learn about the Texas terroir we’ll always be learning more. The land is our greatest teacher and it’s our connection to it that makes Pedernales Cellars special.

In celebration of our landmark anniversary, we are pleased to share with you 25 fun facts you may or may not know about our history – starting with the planting of Kuhlken Vineyards. 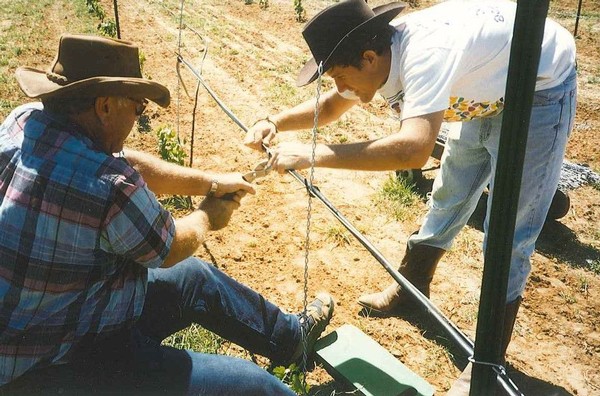 As we celebrate the 25th anniversary of Kuhlken Vineyards we are filled with gratitude for each and every person that has supported us over the years. Because we are committed to sharing and educating our community, we encourage you to follow Pedernales Cellars on our various social media channels. We enjoy sharing behind the scenes photos and videos to tell our story, and to keep consumers informed of what it takes to bottle the taste of Texas terroir from vine to wine.